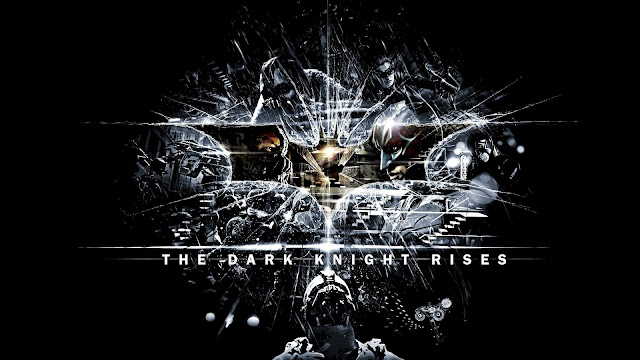 In 2005 the world was re-introduced to a whole new interpretation of Batman, one that grounded the character in such a reality that it felt as if the hero, could be real. When Batman Begins was released, fans, Warner Bros., the actors involved in the film, and Christopher Nolan himself, couldn’t imagine that in 2008 we would witness one of the most amazing films ever, the Dark Knight a sequel to Batman Begins and a true classic. With the bar raised to a ridiculous level, we would have to wait 4 years, before Batman would make is return.

And we must say, The Dark Knight Rises was definitely worth the wait, as it gave us a huge epic conclusion to one of the most memorable trilogies ever made.

The Dark Knight Rises takes place 8 years after the events in the previous film. We find Bruce Wayne a broken man, both physically as well as mentally from his experiences as Bats. Things are clearly not going good for him, as it would seem that Wayne is still looking back at his past instead of focusing on his present, never mind his future.

The film reintroduces us to Alfred, played superbly by Michael Caine, as he is still the trusted butler/sidekick/friend/father-figure to a Bruce Wayne that is clearly a shadow of his former self. Alfred does his best to get this former vigilante back into the world but his efforts are worthless.
Out of all the films to date, I think that Michael Caine definitely gave one his best and memorable performances in this franchise. His scenes with Christian Bale who plays Wayne are truly some of the most touching and sincere scenes in this entire franchise.

We find Jim Gordon, played wonderfully by Gary Oldman, as a man that has now fallen into despair. As the lie that he and Batman conjured up has eaten away at his soul for these part 8 years, breaking him emotionally and probably caused his family to be ripped apart. His ideals, his faith, the very things that probably made him want to become a cop, the same things that kept him as one of the few straight cops at a time where Gotham was overrun by thugs, as now been tainted, poisoned, perverted as Gordon cant find solace in the fact that his little lie, as given Gotham a peace it never knew.

Joseph-Gordon Levitt plays John Blake, a young cop that still plays by those ideals that Jim Gordon kept ever so close to himself. JGL really is one of the best additions to this cast, as always he provides a solid strong performance. It would seem that JGL just has perfect chemistry with every one on screen. As Blake he provides the story with the catalyst needed to get things going, as he holds Batman and Gordon in such high esteem, but as both these characters are stuck in slumps, Blake does what he can to try and figure out what’s going on.

As for Bane, he really is no Joker. And that is not a bad thing! Bane is really a different type of character to Joker, as there only similarity is that they both villains.

Bane played impressively by Tom Hardy, has a huge onscreen presence. His physically menacing as well as highly intelligent, a deadly combination for our masked hero. Bane really proves to be Batman's worst Nightmare, as Bane is clearly physically superior to Bats!

Bane doesn’t just rob Wall Street or highjack a plane for the fun it, no. Everything that Bane does is part of a plan. A plan so cunning, so gloriously planned out, that only at the end would you come to realize that it was in affect right from the beginning. As for his voice, it wasn’t to distracting as I would have thought, you can understand him 95% of the time but there was that 5%, that you really didn’t know what he was saying.

Anne Hathaway truly is the scene-stealer of this film, as her performance as Selina Kyle, Catwoman, was certainly one of her best performances to date. She was strong, subtle, sly, devious, sexy, manipulating, sarcastic etc.… I could just go on, but Anne really proved she has what it takes to not only be an action hero, but a brilliant actress (if you didn’t know that by now already).

Catwoman is definitely a memorable addition into this Nolan-verse of Batman, and she will have you smiling and guessing what she will do next, (which you will never guess right) every time she appears on screen.

The film offers some of the coolest and biggest action scenes, that will have you holding the armrest in your seat with a firm grip as your gasp at the awesomeness of the film as it unfolds right in front of you.

However, the film does have a few problems, as do all films. The film has a wide array of characters, some new, some old, but all need enough screen time to make their inclusion in the film warranted and not just senseless. However, the problem is not necessarily the amount of characters or their screen time they receive, instead it’s the impact of certain scenes that seem to be short changed as the film moves along in a frantic pace.

Because there are so many things that have to be covered in the film, certain scenes are not really as fleshed out as they could be. There is quite a bit going on in the film, however as a result you never get to dwell on any specific scene, fleshing out the drama, or the terror, or the seriousness of what’s going on.

These Batman films, have always had certain ideas or elements that has been present in all the films, but one element that I was kind of sad to see that wasn’t capitalized on was the people of Gotham. I really thought we would get to see the people of Gotham do more in the film, as they have been through a lot with Batman, and he has always had them at heart through out this series. For them not to have a real presence in the film was kind of a let down. But it really wasn’t that big of a deal!!

The Dark Knight Rises is a highly enjoyable film; it’s a big action epic adventure, unlike anything else. It may have its problems, but the films strengths completely outweigh them, to the point where you couldn’t care less. It’s truly a great film, a memorable ending to one of thee best trilogies ever made.

Our Prayers and Hearts go out to the families and friends of the victims in the Aurora community.