AVATAR 4??
Back in May, James Cameron was first quoted as saying that there might be four "Avatar" movies in total. With the first one having earned a record $2.782 billion at theaters worldwide, star Sigourney Weaver is now saying the next three will be filmed at the same time.

Here are several quotes from an interview with Showbiz 411:

When “Political Animals” finishes shooting, see if you can follow Weaver’s schedule: she goes right into a new Christopher Durang play for a short run at Lincoln Center. Then she films “Avatar” 2, 3, and 4 with James Cameron. That’s right: they’re making three sequels to the blue 3D phenom all at the same time. Weaver says she has no idea how long it will take, or how it’s going to work. “I just show up,” she said. 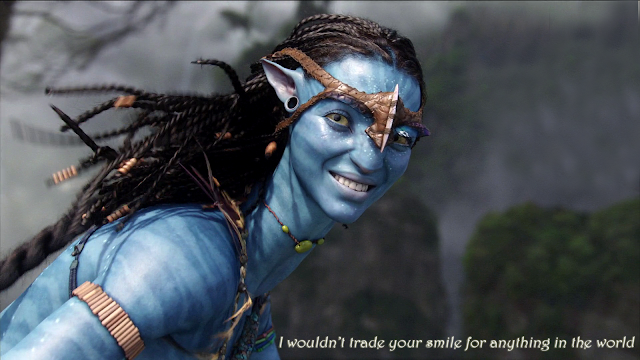 Could we be seeing "Avatar" movies for three consecutive Decembers in 2014, 2015 and 2016? We'll have to wait and see when the production reveals more details.
Labels: INTERESTS INTERVIEWS