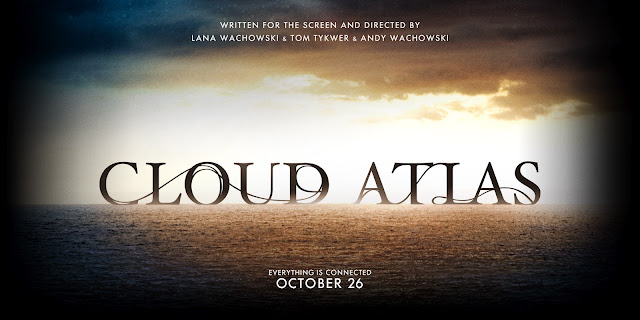 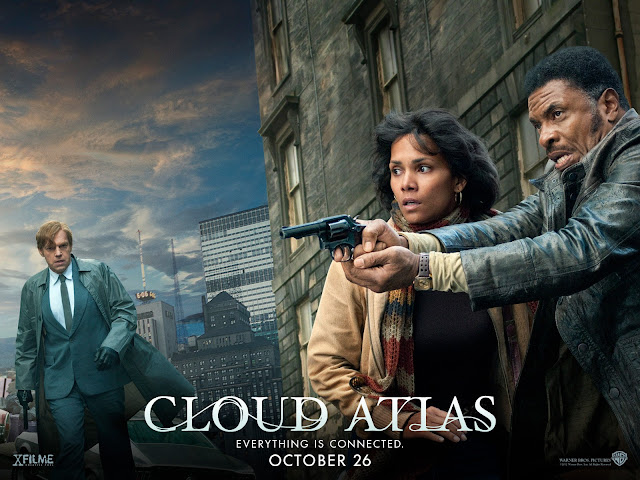 Its not often that I would find myself sitting down facing a blank screen trying to find the right words for a film that is simply marvelous in everyway.

Yet here I am, trying to muster up a remnant of some form of sensible comprehension to convey my thoughts on Cloud Atlas.  A film with so much ambition, fluidity and grace, that my mind feels weighed down by the task of having to express a film that touches one so intimately, nevertheless seducing the senses.

The official synopsis of the film is described as follows, “An exploration of how the actions of individual lives impact one another in the past, present and future, as one soul is shaped from a killer into a hero, and an act of kindness ripples across centuries to inspire a revolution”.

Based on the novel of the same name by David Mitchell, Six different stories, each being told at six different points in time, with a stellar cast who are playing different characters in each story, it goes without saying that convolution quite frankly could be the undoing of such a monumental task. However, the Wachowski Siblings (creators of the Matrix Trilogy) along with Tom Tykwer (Run Lola Run), crafted David Mitchell’s novel into a overlapping spectacle that never loses focus of its central theme and always demands ones attention.

The film’s run time is just short of the three-hour mark, and yet from the time the film begins until the credits roll, your attention will be fully focused on the screen as you will be laughing, crying, loving, hating, feeling moved to every occurrence, getting swept away in you seat. Every beat, every junction, each misstep, each action, every word will submerge you into a world that dives through time showing you how the world can change around us as human nature remains the same.

“Our lives are not our own. We are bound to others, past and present, and by each crime and every kindness, we birth our future.”

Human Nature is constant regardless of how technology, vehicles or machines have changed our everyday lives; we act on love, hate, jealousy, envy, trust and care. We wage war, amongst nations, groups and individuals, battling each other, out of hatred, wealth, and even love. Man Vs. Man, Tribe vs. Tribe, Corporation vs. Corporation, Country vs. Country, we at a constant battle with each other for different reasons, yet if we look deep enough they all the same.

“Power, time, gravity, love. The forces that really kick ass are all invisible.”

The film was beautifully shots by the Wachowski’s and Tykwer, as the trio shared directorial duties as well as provided the screenplay and served as producers.

As each story is set in a different time there are obvious visual cue’s that serve to clearly differentiate each story, yet these stories weave in and out masterfully, never distracting or feeling out of place. Which certainly is quite extraordinary given that the film is set in 1839, 1936, 1973, 2012, 2144 and 104-post apocalypse (roughly 2321).  Nothing feels out of place, jumping from a historical slavery period to complete sci-fi with a smooth transition and keeping audiences invested in the film is certainly no small feat, which shows just how masterfully and intricately this trio have worked on this film.

The cast of this film is simply phenomenal; Tom Hanks, Halle Berry, Hugh Grant, Hugo Weaving, Keith David, Bae Donna, Jim Sturgess, Ben Whishaw, Jim Broadbent and James D’Arcy are all a testament to why this film turned out to be so exceptional.

Each actor had to play a variety of different roles in the film, as they played different characters within each story. Aided by some brilliant work by the make-up artist, each actor managed to become unrecognizable in at least one story, as they fully embodied the character that were playing at that particular moment.

Everyone was simply outstanding in this film, with Cloud Atlas having simply some outstanding performances by the likes of Tom Hanks, newcomer Bae Doona and Ben Wishaw. Their performances could possibly warrant Oscar nominations.

It must be said that Hugh Grant had quite the surprising performance proving that his much more the actor then his rom-com film filled CV would suggest.

Out of everyone, Bae Doona had one of the most surprising performances; she was simply amazing, as her performance spoke volumes of just how talented this South Korean actress really is. She is definitely one to watch in future.

Tom Tykwer, along with Johnny Klimek and Reinhold Heill, provided the music for this masterful film, which is no small task considering the vast differences in the visual aesthetics of each story. Yet instead of trying to create distinctly different sounds for each story, the trio designed a score that will transcend all six motifs and gave us a fluid unified multi-themed wonder. Cloud Atlas has an incredible soaring score, blending orchestras’, choruses and electronics to play as a singular sound that surpasses all things and provides one beautiful sound for all.

The film, blends tension from all six stories, fused in with humor, drama, suspense, sci-fi, romance and everything else we love from film. 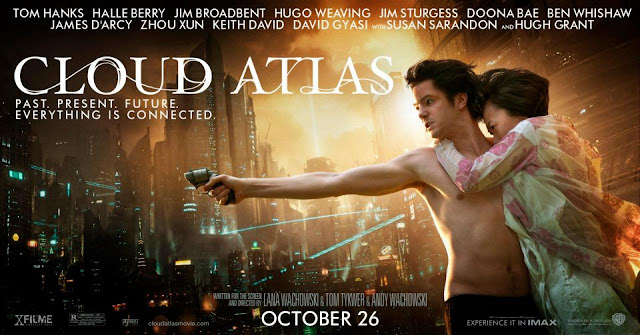 Cloud Atlas is a masterpiece in ambition, execution, passion and sheer brilliance. It goes above and beyond on what constitutes and constrains pure story telling in cinema, merging art with film on grand scale and on epic scope. It’s a joy to watch, and a film that would warrant a second, third and fourth watch, yet each time it will take you in to its warm embrace, as you slowly start to fall in love with the reason as to why we, as a society, love film so much.

“What wouldn't I give now for a never-changing map of the ever-constant ineffable? To possess, as it were, an atlas of clouds.”

All quotes come from the film Cloud Atlas.
Labels: REVIEWS